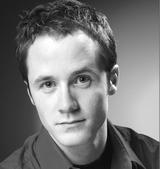 Josh has been a teacher and producer for Kids Unlimited for over a decade. A graduate of the University of Arizona, he earned a BFA in Musical Theatre, performing in several productions as a member of Arizona Repertory Theatre and also as an understudy at Arizona Theatre Company. As a musical director and performer, he spent four summers in Cripple Creek, Colorado at the Butte Theatre's summer melodrama. Josh is now a graphic designer here in Tucson and a proud husband and father of two beautiful girls who are now in the program. Josh also is a KU Alumni himself. 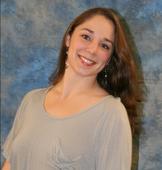 Lindsay began her dance training at the early age of four studying Ballet at Jane Bittner’s Dance Center in Olney, Maryland. She later took on advanced Jazz, Modern and Contemporary Ballet techniques until she graduated from JBDC in 2003. During her early years Lindsay performed with her local company, the Olney Children’s Ballet Theatre dancing in lead roles in works such as The Nutcracker, Concerto Borocco, Don Quixote, Swan Lake, Serenade, and Paquita. Lindsay went on to continue her studies at the University of Arizona pursuing a Bachelors of Fine Arts in Dance, but had to withdrawal from the program after just three years due to a chronic back injury. She is now pursuing a Geosciences Earth System major at the U of A with minors in French and Planetary Science but her true passion of life remains in dance and choreography. Lindsay is currently a member of On The Mark Dance Company, participating as an active dancer and choreographer and she one day wishes to open a studio and company of her own. She is extremely excited to be in her third year with KU studios and believes that hard work, dedication and passion are the key ingredients to making KU Studios and its students so wonderful to work with.


Christine started ballet at the age of 7 at her local dance studio in New Jersey under the direction of Dorothy Fleming. She continued her training with Patricia Wagner, a former soloist with Krassovska Ballet.  Christine has also studied with Madame and Igor Youskevitch, formerly with Balled Russe de Monte Carlo and American Ballet Theatre, Nikolai Orloff of American Ballet Theatre, and Jack Hertzog of Metropolitan Ballet.  She has also studied jazz with Kristin Eberhardt, modern with Cory Gram, and tap and creative dance with Pat Kimker, a former Rockette.

She has been teaching for 30 years and has students on scholarship at New Jersey Ballet, American Ballet Theater, and several colleges for dance. Christine loves to teach and can’t wait to share her knowledge and expertise with Kids Unlimited!