Meet Some of our Amazing Alumni and Past Faculty! 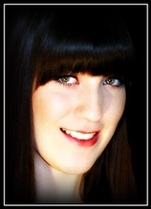 Bailey has been performing all styles of dance since the age of 5. She is a former student and current teacher at Kids Unlimited. You may have seen her in productions of Anything Goes, Charlotte's Web, Treasure Island, and Curtains at Pima Community College. Bailey has choreographed musicals such as Footloose, Into the Woods, Hello Dolly, and Urinetown for Marana High School and is still involved with the program. She has also been an assistant choreographer to Mickie Nugent for the musical Curtains. She hopes to continue her musical education finishing at Pima then going on to the U of A. 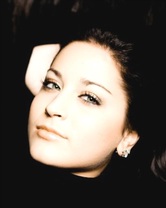 Brittany has been performing since the age of 7. With a dance background of 14 years, and a vocal backgorund of 12 years, she is a former member and current teacher and receptionist for Kids Unlimited.

Brittany had held such titles as Arizona Cinderella Miss, International Cinderella Teen, Miss Arizona's Outstanding Teen as well as Miss Tucson Valley and was in the running for Miss Arizona. Brittany has previously worked as an entertainer with Royal Caribbean Productions touring both the Caribbean and the Mediterranean. 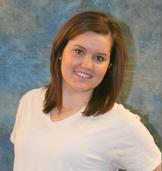 Erin started taking tap and ballet lessons before her 3rd birthday and performed in her first recital a few months later. Erin has worked and taken classes from tap masters such as Frank Trent, Mark Goodman, Lisa Hopkins, and Jason Samuels Smith. She has attended many tap workshops and intensives around the United States such as Totally Tap, LA Tap Fest, and Tap Kids Summer Intensive which she has attended for the past 5 years. She has competed in all dance forms for 10 years, and loves being on stage. Erin has received choreography awards at dance competitions, and continues to teach locally while choreographing for competitions and performances. 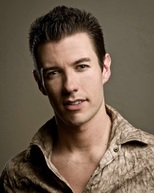 David is a graduate of the dance programs at Orange Coast College, where he studied on scholarship under mentor Linda Sohl-Ellison, and the University of Arizona. He has performed works by prominent choreographers including Martha Graham, George Balanchine, Paul Taylor, Merce Cunningham, and Douglas Nielsen. David has performed with Marie de la Palme's motion/TRIBE, Backhausdance, Opera Pacific, Disneyland Entertainment, and the American Ballet Theatre. David's choreographic work has received several awards, including twice receiving the Josiah Dahlin Dance Creativity Award and James Nicholas Plumb Memorial Award in Choreography for his work with Orange Coast College. David has taught for many years throughout Southern California including courses at California State University, Long Beach and the University of Arizona. He has also performed and taught as an international guest artist in Yokohama and Sapporo, Japan. A graduate of the Fletcher Pilates Comprehensive Program of Study, David has studied under Kyria Sabin and Deborah Mendoza. He was honored to be a presenter at the inaugural International Fletcher Pilates Conference in 2011 and has been featured with Kyria Sabin in Pilates Style Magazine. - www.mcmahandance.com -