In Memory of Jack Jacobson, our Former Executive Director 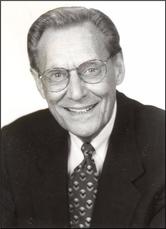 Kids Unlimited is proud to have had the opportunity to work with the infamous Jack Jacobson and the honor of having him as the Executive Director of Kids Unlimited. Jack was a truly amazing part of  our all volunteer staff.

No show was ever too small and no task was ever too large. Jack handled all of the public relations for Kids Unlimited effortlessly and with an admirable air of altruism. His commitment to KU and the untold children that have walked through our doors was evident when he shared our story with others.

Jack and Kids Unlimited appeared together beginning in the 1980’s at the annual MDA telethon. Together we have also provided the entertainment at the Salvation Army annual Christmas Dinner for the homeless at the Tucson Community Center and Thanksgiving Dinner at the Greek Church for over a decade, a tradition, we hope to continue in memory of a great man.

As a broadcaster, executive committee member, vice president, author, husband and father, Jack lived in an outward focused manner and shared himself with the world.

​We at Kids Unlimited, miss Jack dearly.  He had been part of our lives since KU began over 30 years ago; he was an inspiration to us all! - The Sottosantis
A Tribute to Jack Jacobson, aka: Dr Scar

​The John Tveten Memorial Scholarship - Alumni Grandparent
​
John and Gloria Tveten, Amanda’s grandparents, are very proud of their granddaughter, and have been big supporters of Kids Unlimited for many years. John passed away in October 2009, and Gloria has generously set up a scholarship fund in memory of John. Every year the scholarship will help two deserving students, one with performing group membership and the other with dance and vocal instruction. It is important to Gloria to give a child or teen with potential, the opportunity to truly develop their natural talents. It is her hope that they will develop into a mentor just like Amanda.

Our entire KU family would like to thank you, Gloria. We are proud to honor John in this way.

Of course, there are many other donors that contribute to our ongoing Scholarship Programs, but prefer to remain Anonymous. We thank you for your continued support.